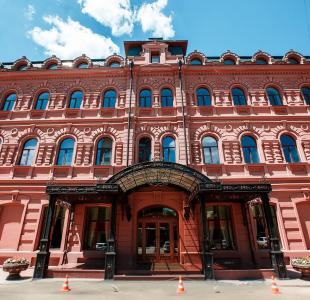 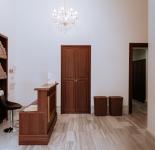 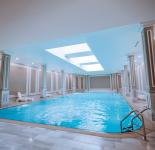 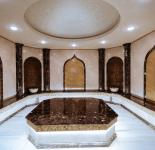 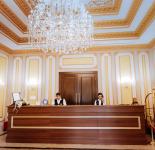 User's photos
Have you left a review yet? 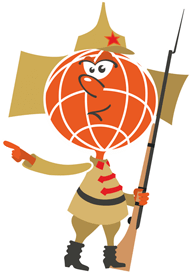 Leave a review
Description and services
The hotel "Astrakhan" is a unique monument of history and architecture, built in 1890 by merchant Mikhail Fedorov. The hotel complex consists of two buildings, built in different years, performed with elements of Byzantine, Russian, and classical styles. The original name of the hotel "European". It was specially built apartments for the Russian Emperor Alexander III, stayed here many historical figures: Maxim Gorky, Vasily Surikov, Vladimir Gilyarovsky, Aleksey Pisemsky, and Fyodor Chaliapin.
In 1920-e years in the hotel "Europe" is located by the provincial Department of the OGPU. In the mid 30-ies of the two buildings became one and transformed into the hotel "Astrakhan". During the great Patriotic War the building was converted into a hospital. After graduation, "Astrakhan" is back again to perform their former functions.
In the 2000s the hotel was long empty. Not made repairs, in fact the building was abandoned. But in 2006, an entrepreneur and philanthropist, Pashayev Alikber Electronic, buys the hotel. The reconstruction, which lasted until 2016. The building was restored with the innovative technologies and trends, and in fact rebuilt. However, the historical appearance was preserved and the architecture of the hotel has not changed. From June 2016, one of the main monuments earned under the brand of Al Pash.
The building of the hotel "Astrakhan" has 4 floors, striking spatial scale, high ceilings with moldings, a spacious lobby in the style of "Baroque". One of the advantages of the hotel "Astrakhan" is situated in Central, cultural and business part of the city, within walking distance from the embankment of the Volga river and the Astrakhan Kremlin. Astrakhan embodies the ideal opportunities for leisure and business.
The hotel "Astrakhan" offers rooms of different categories, each of which is equipped with everything necessary for a comfortable holiday. With the aim of forming a spacious apartment for a family holiday a few rooms have the possibility of merging. Cosy rooms, a restaurant, a conference room, the interior was designed in an elegant classical style, the team of professionals - no-compromise solution for those who appreciate comfort.
Also for guests there is a Spa VolgaHealth ready to offer the services of Sauna, Hammam, Pool, Gym, Massage.
Hotel star rating certificate
№ 77/36/774-2019 expires on 05.06.2022
8
km
Airport
2
km
Railway station
1.2
km
Center
Accommodation and payment
Check-in 14:00
Check-out before 12:00
Payment on the website
Recent bookings
Novomoskovskay...
Russia, Astrakhan 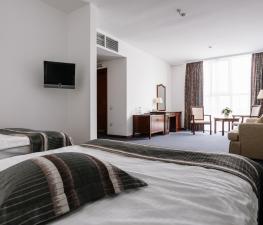 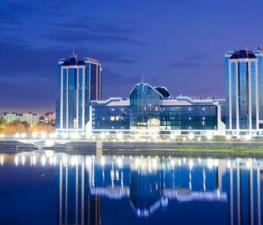 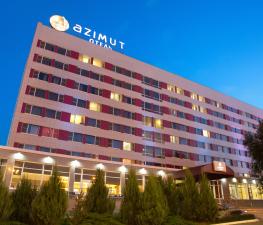 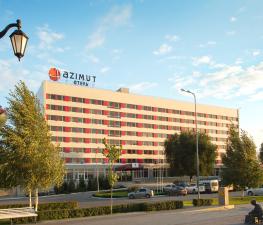 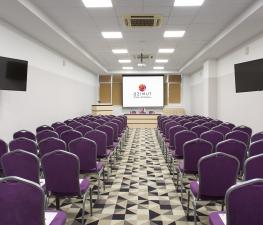 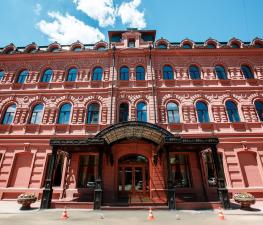 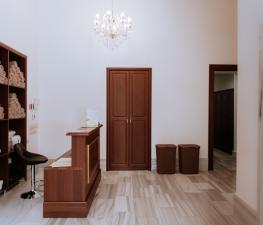 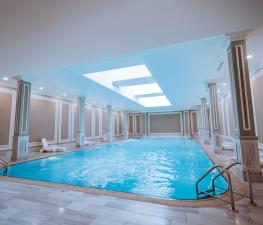